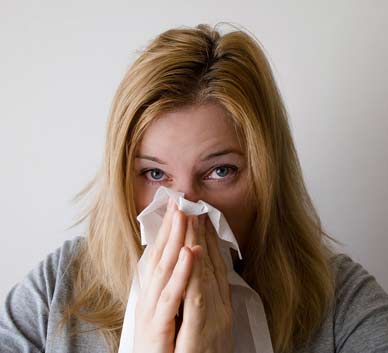 Most people like fragrances, but unfortunately allergies can also affect many people in the world.

Common allergies are animal fur and hay fever. But did you know that people can be allergic to just a fragrance?

If you’ve noticed you have an allergic reaction to perfume or deodorant you might actually be allergic to the fragrance.

The main cause of allergies is overexposure to something. Allergies are caused when your body misinterprets something as a threat. The more you are exposed to something the more likely you are to have an allergic reaction to it. Even though fragrances are something that are everywhere today they’ve not been around all that long. At least in terms of human history. Our bodies are still adjusting to them. Now that they’re so prevalent and used so often more and more people are becoming overexposed to them and developing intolerances.

Like every other allergy an intolerance to a fragrance is very bad for people who suffer from Asthma, Bronchitis, or other breathing related illnesses. They are susceptible to really strong scents most of all. If you’re asthmatic and notice a bad reaction to a particular fragrance then it goes without saying that you need to avoid it as best as you can.

The term “fragrance allergy” is actually a bit of a misnomer. The things that set off allergic reactions (pollen, fur, dust) are known as “allergens”. But fragrances are not actually allergens. They are irritants. They irritate your sinuses and eyes. It’s not a real allergic reaction but it looks, feels, and acts like one. So if you’re allergic to a fragrance what is happening is that the fragrance is irritating your body. If you take a look under your sink you’re likely to find something with an irritant property with a warning to keep it away from your skin. Fragrances have that property too and some people are more irritated by them than others.

At the end of the day research is still being done on why some people are irritated by fragrances and some aren’t.

If you think you have an allergy then you can consult your doctor who will run an allergy test with you. Either way you’ll have to do your best to avoid that fragrance or, in the event of an actual allergy, make use of anti-histamines.